How FELIWAY Friends Supports a Special Bond With Your Cats

Cats can be very selective about who they will befriend! They are sometimes considered to be very aloof and can seem quite standoffish - but don’t let that fool you; once you and your cats become the best of friends, that bond should last!  Researchers at Oregon State University found that cats are able to form strong bonds with humans much the same way that dogs do.

So, cats are not as fickle as some people think! But, just like having a human partner where you have to work to develop your friendship and avoid conflict and tension, you also have to work with your cat to develop that bond.

In multicat households, you may discover that it takes time for your cats to develop a friendship or bond, particularly if you are introducing a new kitten to an older cat. When they are first introduced, if not done slowly and gradually, they will probably hiss and howl or block each other - they may even fight over resources!  But if you introduce your cats gradually to each other and make sure they have their own resources and separate space they can retreat to, they will probably get along quite nicely in time!

However, it can also be stressful for owners if their cats don’t get along, and this can impact your relationship with your feline friends. Using FELIWAY Friends, in conjunction with a structured introduction between cats, has not only been proven to reduce conflict between cats living together, it has also been shown to have a positive impact on the relationship between owners and their cats!

A recent trial (of 29 multicat households: 23 with 2 cats and 6 with 3 cats, over a 60 day time period) was undertaken to assess the effect of FELIWAY Friends on affiliative behaviours between cats, and towards their owners. The report was presented at the Southern European Veterinary Conference in November 2020 and, as expected, confirmed that using FELIWAY Friends in the room where the cats spent most of their time improved the relationship between the cats with fewer conflict signs (less hissing, chasing and hiding).

It also demonstrated that when using FELIWAY Friends, the cats’ relationships with their owners improved, with:

Other ways to bond with your cats 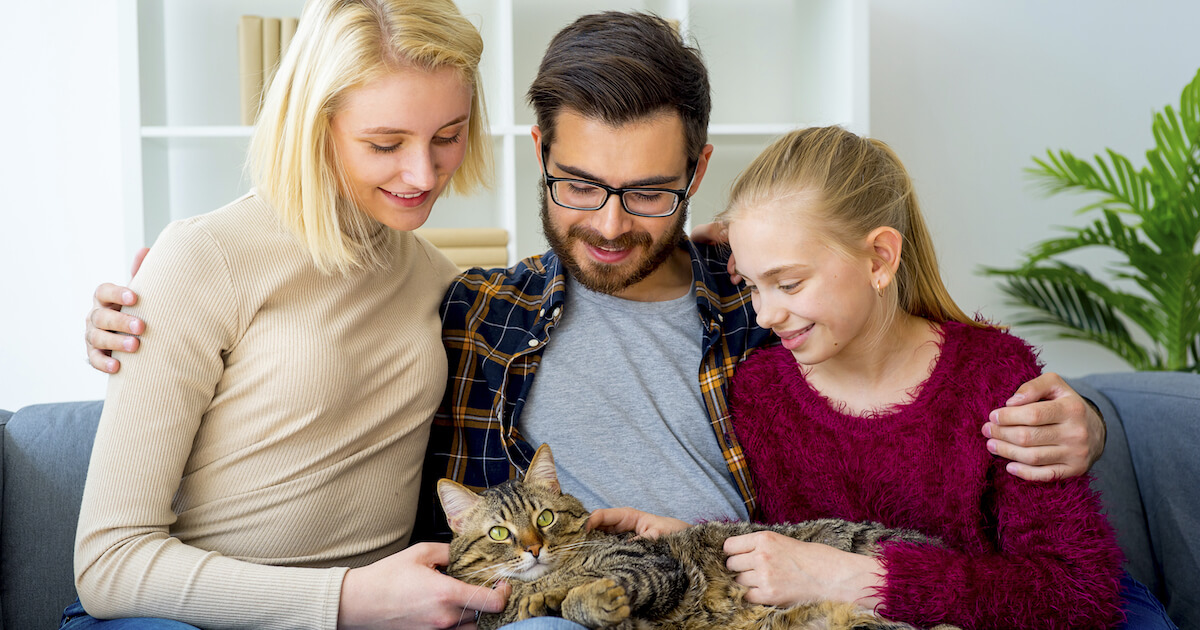 In conjunction with FELIWAY Friends, there are other proactive things that you can do to ensure that you and your cats have that very special bond.

Give them everything they need!

Together, you and your kitties can build your bond and create that purrfect relationship!

Which is the Best FELIWAY Product for my Cat and Me?

Cats are creatures of habit. They like their routine, need their space, and want to have everything ...

How happy is your cat? Take the quiz!

Complete this short quiz to receive an email with "How happy your cat is?". If not completely happy ...