Let’s face it, we always notice a ginger cat! They are very striking, distinctive and are easily spotted, even when they are lurking behind a bush!  Although all cats are adorable, and you shouldn’t judge any cat by its color, here are 12 reasons why ginger cats are so special!

1. They are all tabbies!

Did you know that all ginger cats are tabbies? Purrfect! 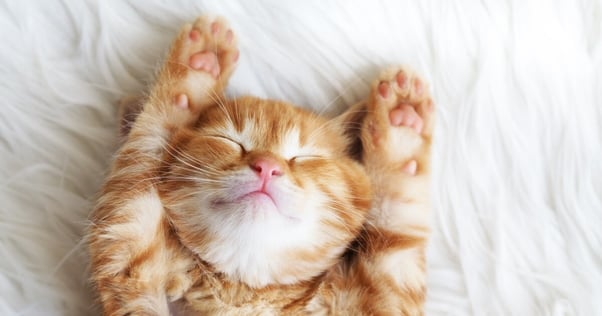 One characteristic to look for in tabby (ginger) cats is an “M'' marking on their forehead. In an Islamic legend, Muezza, a tabby cat, saved Mohammed from a poisonous snake;  Mohammed was so grateful he stroked her back and bestowed the ability to all cats, that they should always land on their feet. He also marked an “M'' on Muezza’s head with his hand and from that point, every tabby cat born has this mark on its forehead to remind the world of Mohammed’s love for his cat and why they are so special.

A similar Christian legend was told about a small tabby cat who helped Mary, who was struggling to settle her new born baby, Jesus. The ginger tabby cat leapt into the manger, cuddled up next to baby Jesus and began to purr, just like humming a lullaby. Baby Jesus stopped crying and drifted off to sleep. Being so grateful, Mary marked her own initial “M” upon the cat’s forehead so that tabby cats would forever remind the world of how one of their kind had comforted the newborn baby Jesus.

Of course, in modern times we discourage cats from sleeping near babies as it is dangerous, and we are more conscious of the fact we should not take any unsupervised risks.

3. Their colouring helps them stay camouflaged! 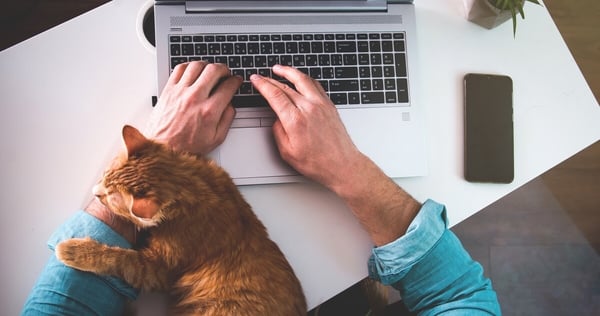 However, the less romantic reason for the “M” marking is, simply, genetics. All ginger cats exhibit the tabby pattern, and the tabby pattern itself is the work of three types of genes that can be found in all domestic cats - and even in tigers and leopards, which helped to camouflage them from their prey whilst hunting.  A ginger gene in a cat is responsible for producing a red pigment, called pheomelanin - the same pigment which also creates red hair in humans.

4. There are 3x more male ginger cats than female

The “ginger gene” which produces the orange coloring is on the X chromosome. A female cat has two X chromosomes, and needs to inherit two copies of this gene to become ginger - one from each parent. The male cat needs only one copy of the X chromosome (which he gets from his mother), which is the reason why we have approximately three times more male ginger cats than female ginger cats in the world.

Ginger tom cats father tortoiseshell or ginger females. If both parents are ginger, then their kittens will all be ginger!

If you have a ginger (tabby) cat, you’ve probably already noticed! They are frequently likened to a tiger - for obvious reasons! Is your kitty as elegant, stealthy and refined?

6. They have lots of different patterns!

Sometimes ginger cats are also described as ‘marmalade’, ‘red’, or ‘orange’, and they can also have different pattern coats, such as:

Did you know: Ginger cats are more likely to develop freckles;  from an early age (1-2 years old) you may find small black spots around their lips or nose, where the fur is thin.

7.Their coats can be lots of different patterns

All ginger cats are tabbies, but not all tabby cats are ginger! If you look closely at ginger cats you will notice that they are tabby with spots, whirls or stripes in their coat. We can also have cream tabbies, silver tabbies, and yellow tabbies. And did you know: Ginger cats are often homed faster than black cats - although black cats are just as cute!!

8. They are stars of the silver screen!

Over the years ginger cats have appeared in many films!  Crookshanks from ‘Harry Potter’, Orion from ‘Men in Black’, Orangey from ‘Breakfast at Tiffany’s’... to name but a few, and don’t let us forget Garfield, the fictional cat who first appeared in 1976!

9. There are lots of ginger breeds

There’s no specific ginger cat breed but some of the pedigree breeds have ginger (or red) colouring, such as:

Although many people believe ginger cats to be feisty, they are more likely to take their behavioural traits from their breed, their parents and their life experiences, rather than the fact they are ginger! In fact, most ginger cats have an even temperament, are affectionate, and more friendly than your average house cat (but of course this does vary from cat to cat).

11. They are famous food lovers!

If Garfield the Cat is to be believed, ginger cats like their food! But as for any kitty you should keep an eye on the amount of food they are eating to avoid them becoming overweight.

12. They are happy to celebrate with you!

Finally and importantly, we have two opportunities each year to celebrate our favourite moggy! Don’t forget that International Cat Day is held annually on 8th August, but your very special ginger feline friend has a day of celebration of their own - 1st September, so make sure you put the date in your diary and celebrate your ginger cat in style!