Feliway UK Blog
Why Do Cats Meow So Much? A Kitty's Point of View

Why Do Cats Meow So Much? A Kitty's Point of View

Written by FELIWAY, published on 11 October 2021

Meow! Meow! I wonder if my human has noticed my meowing? We cats often meow as a form of communication when we want to say hello, tell you that we want something or even that there’s something wrong!

Meowing is something that we tend to reserve for our favourite humans rather than other furry friends, and along with our body language, it’s our way of letting you know how we’re feeling.

Some cat breeds - and some cat personalities - are more talkative than others; my Siamese friend is very vocal about how he’s feeling!

A little more about why I ‘meow!’ so often

When I was in the litter, I used to do a little kitten ‘meow!’ (often called a ‘mew’) to let my mother know that I was hungry or cold. But when I moved to my new forever-home with my human parents, I realised that I could try and communicate in the same way to get  their attention and let them know that I want something! It’s more effective than just communicating through body language alone.

Meowing is the easiest way to get my human parents to do something for me - in fact, I think I have them wrapped around my little paw! They find it cute when I communicate with them in this way and will often stroke me around the ears, and give me more playtime with my favourite toy or a small treat when I meow at them for long enough.

Us cats tend to use other forms of vocalisation to communicate with our feline friends - such as hissing, yowling, our pheromones, body language, and facial expressions. 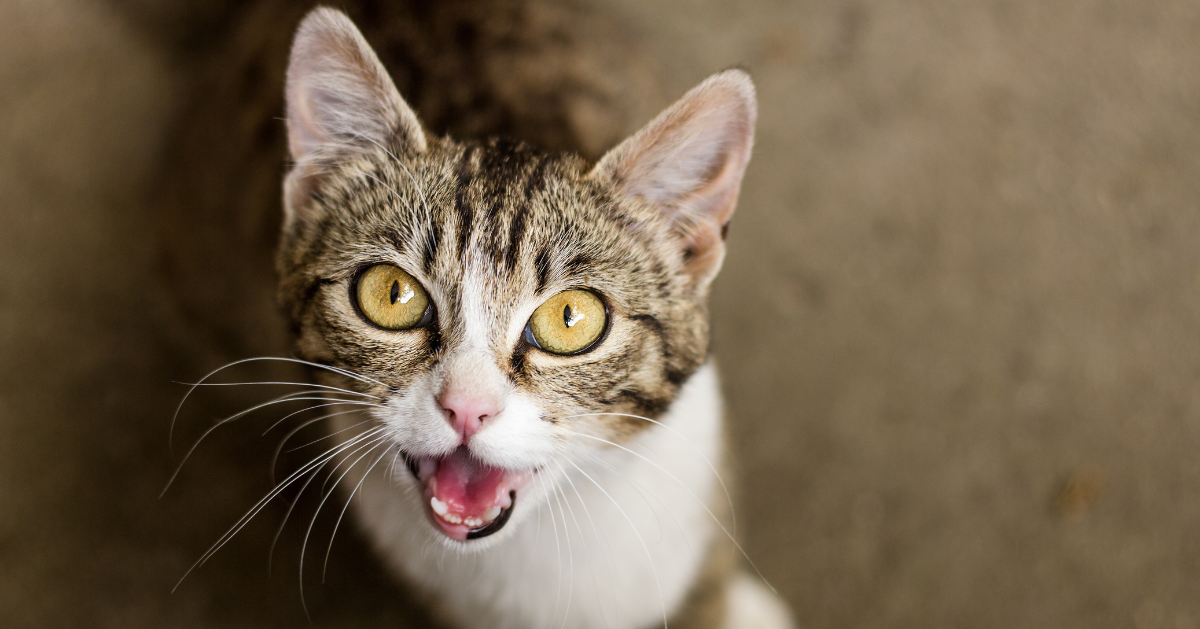 Listen carefully to our ‘Meow!’ 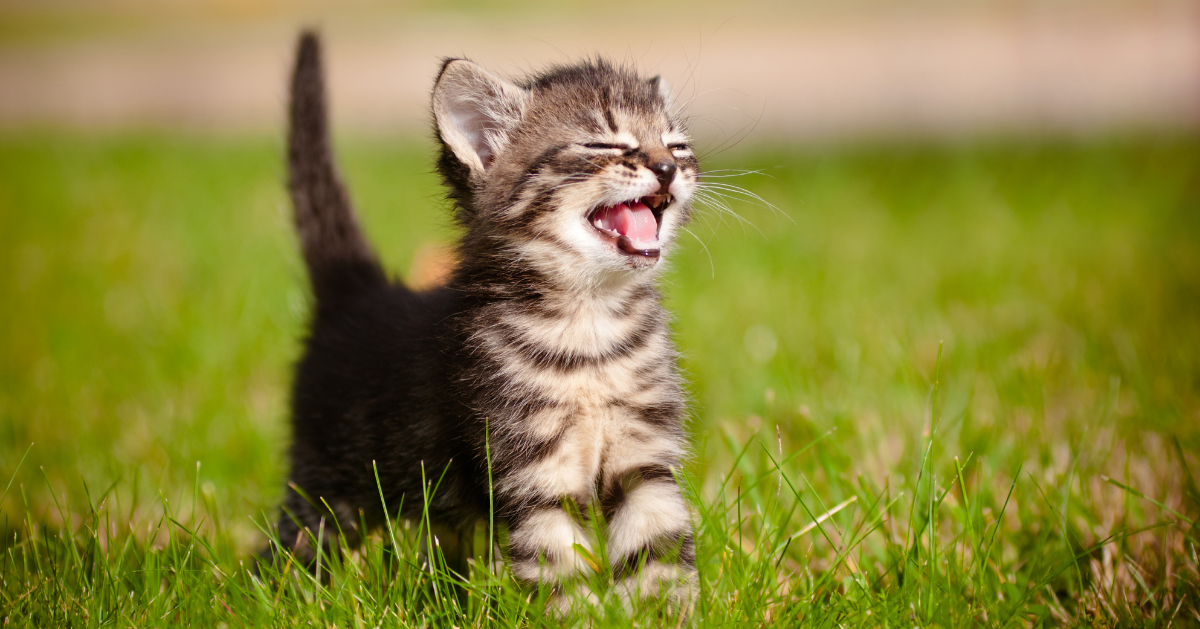 Kitties make all sorts of different sounding meows! Our human parents often know what our meow means - whether we are hungry, want attention, or just want to be let out - so they’ll often recognise if our meow has changed or we’re meowing more often than usual. If that’s the case then it’s best to take us to the vet for a check up to rule out any underlying medical reason - for example kitties that meow for food more than usual could have an increased appetite associated with hyperthyroidism.

Sometimes I get a bit carried away with my meowing Sometimes I do it to try and get a few extra treats! But, my human parent knows not to give me too many treats or too much attention every time I meow! Instead they wait until I am calm and quiet - but that doesn’t stop me trying!

My human parent has also started giving me new food challenges like the activity feeder so it takes me longer to eat my food and I don’t immediately meow for more! They’ve also just installed a microchip-controlled cat flap so I can come and go when I please and, as only I have the microchip, other cats can’t get into the house. Result!

How to respond to meowing!

We cat’s don’t like to be ignored - so please respond to our meow! (unless you’re trying to reduce your feline friend’s meowing, or you really can’t understand what they’re asking for). Usually, though (unless we know there are treats!), we’re meowing for a good reason and are trying to tell you something. If your kitty is distressed or unhappy, try and resolve the situation as soon as possible.

For situations that we find difficult, FELIWAY Optimum can help support us and provide reassurance - I was feeling a bit out of sorts when my human parents introduced a new kitten into the home but since they plugged FELIWAY in I’ve been feeling much more serene and don’t worry about the kitten so much.

Make sure you never punish a kitty for meowing as this will just be confusing for them and damage your friendship - we cats only respond to positive reinforcements.

How many of these different kitty sounds have you spotted?

Did you know that scientists have identified at least 12 different cat noises? We’re a noisy bunch! Other cat noises - or ‘meowsic’ - include:

We love hearing your stories of how FELIWAY has helped you and your fur babies! We recently spoke ...